The Gateway situated at the edge of Adam Pesta’s property is a country-style version of a triumphal arch. As one of the pieces set permanently in Kurówek, along with a series of murals, it’s played a part in creating a singular canon of public commemorative art. The pretext for the construction of the piece was the 150th anniversary in 2014 of the abolishment of the prevailing feudal system in the so-called ‘congressional’ region (Kongresówka). The gateway is an example of a grassroots form of commemoration, created using metalworking techniques, in which ornamental elements are composed according to the artist’s own concept. Referring to societal events that are not considered of particular import to today’s society at large. The work acts like a mnemonic probe, stimulating conversation and discussion not just about the past, but about contemporary struggles, about forms of social and economic exclusion currently at work along the fringes of society today.

Its colourful construction can also be interpreted as a singular interpretation of a rainbow motif and its form perceived as a proposal for a new, post-transformational folklore. In a way that is characteristic for Rycharski’s work and method, it reaches back towards the experiences of the past to shed light on current issues. As Pesta remarked in an interview, feudalism is a subject that plays second fiddle to the contemporary dilemmas that the residents of rural areas face today: depopulation, the lack of profitability in farm work, the hiring of farmers to work land that is not their own by huge farming conglomerates. At the heart of the matter is the fact that capitalism in the countryside functions in very much the same way as it does in the city. 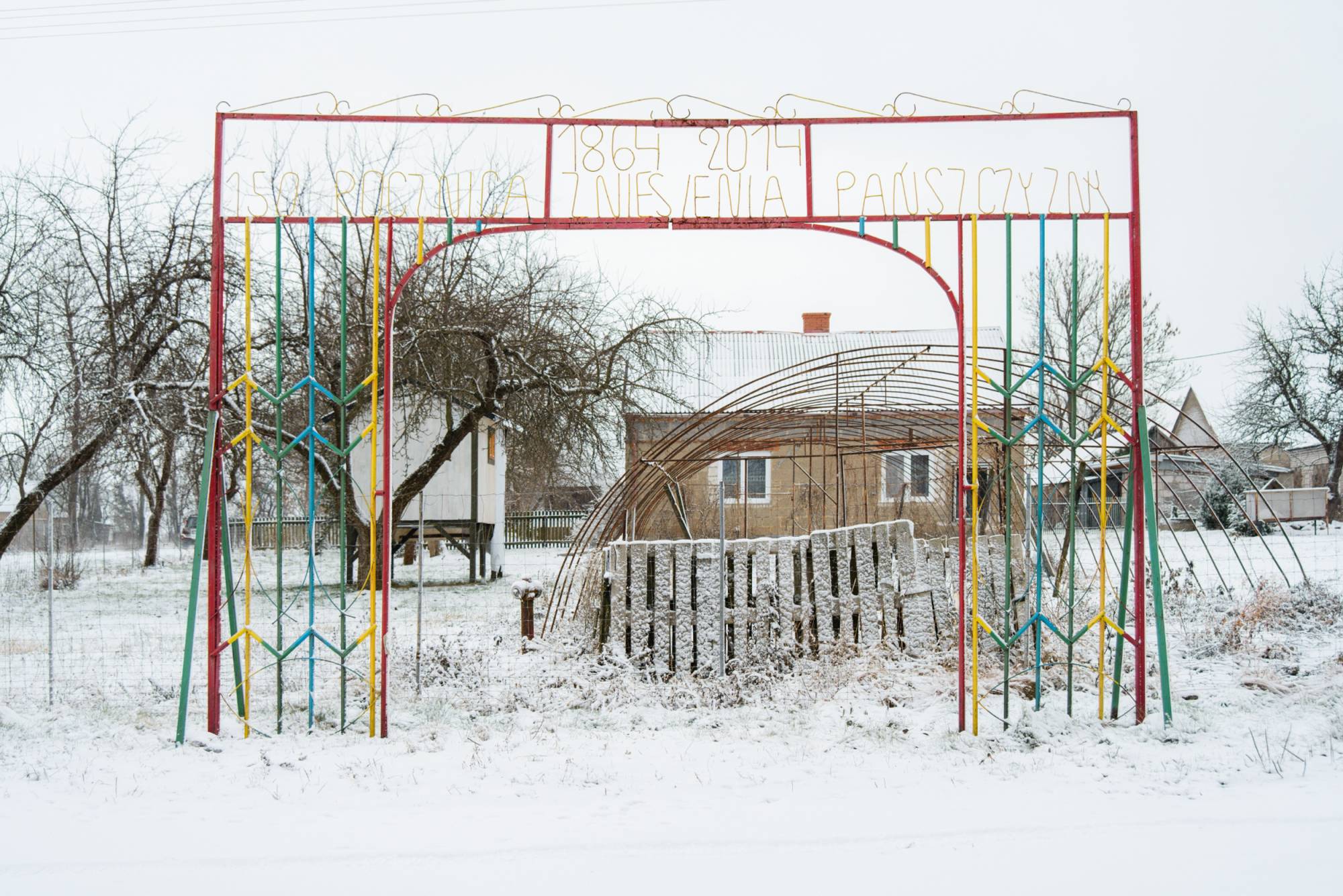