The piece follows the lead of other works by Daniel Rychalski which function in the public space by complicating the landscape of remembrance. The model for the mould came about in cooperation with the poet Jolanta Smykowska. It’s part of a series of works carried out around the subject of exclusion and intolerance within the city of Sierpc. These Covers are tied to an earlier project titled Island (Wyspa) that was realised in an area known as Jeziórki – a water reservoir located in the city centre. Rycharski uses the scenography from the film Pokłosie to combine very powerful symbols: Jewish gravestones and a colourful rainbow made of flowers. The action took place in a location where Jewish residents of Sierpc were put into foced labour as one stage of many set up as part the Holocuast.

Historians believe there are historic macevas located beneath a layer of asphalt road. Rycharski’s Covers were placed along the stretch of this road. The intention for the piece is to function as a layer of remembrance, a memorial that can be seen by those who walk along the path. It is meant to remind them about what lies beneath. Rycharski has described them as a manhole of sorts, a gateway to the troubling issues that are hidden below. In the current exhibition, Covers function as a type of relic related to the events that took place. Over its duration, it will be installed into the public space of Sierpc following an agreement with the local authorities. 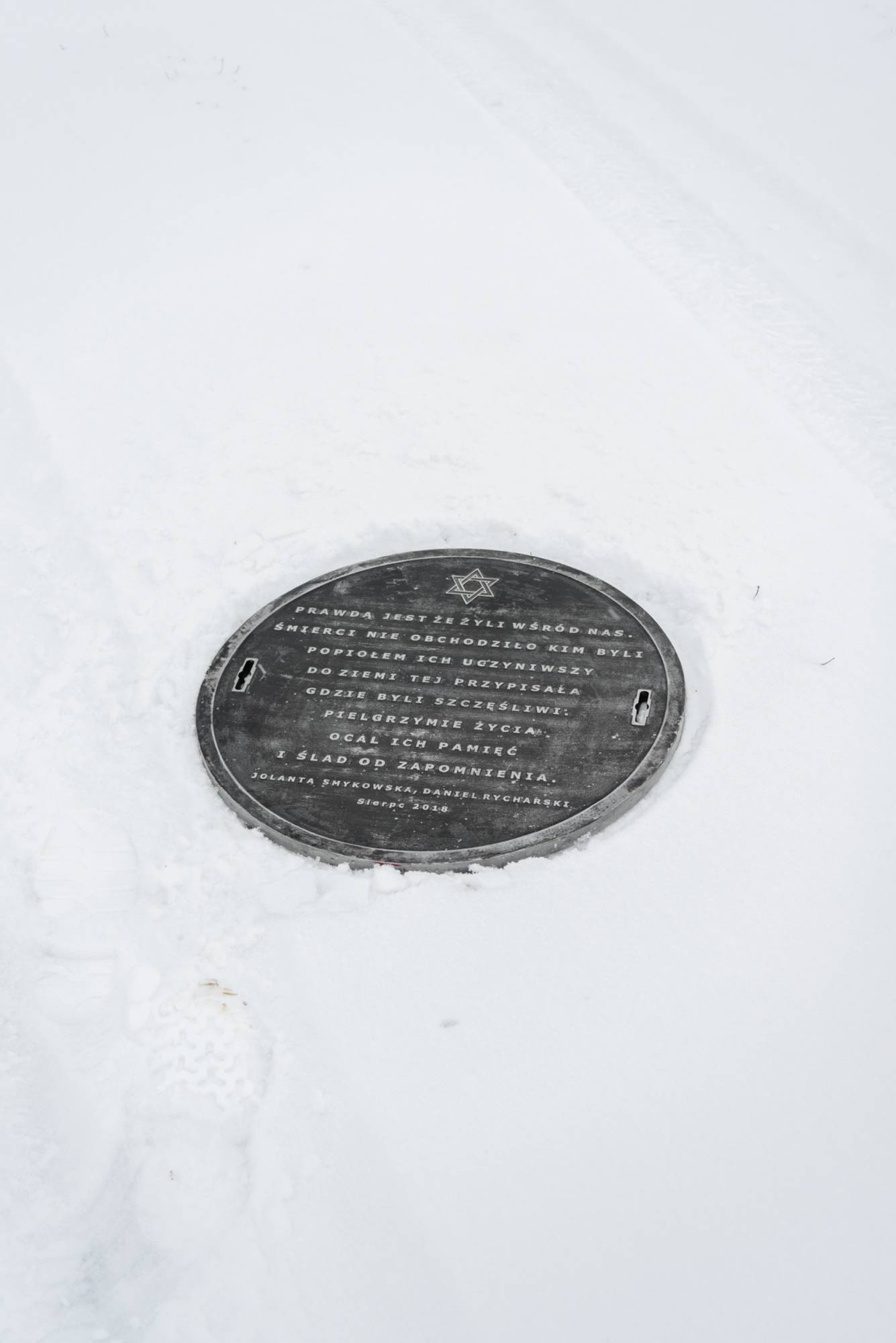