The idea for creating a banner depicting this martyr of Christianity came about during a series of farmer protests in Warsaw in 2015. Rycharski had been observing the social realities of a farm town for many days, initiating conversations and activities around art with the local residents. This initiative resulted in a formal request from one of the agricultural circles within the Solidarity movement to create a banner that would serve as the official imagery for the union, as well as an element of protest when called for. The imagery within the Banner of Saint Expeditus is a political one, it is the image of a contemporary precarian, a single individual fighting against a system that is numb to suffering.

For similar reasons – the need for support for a difficult cause – this banner also became one of the symbols of the Wiara and Tęcza (Faith and Rainbow) cooperative – an informal organisation bringing together members of the LBGT community to have been pushed to the fringes of the church community. The rainbow variant of the composition dedicated to this community also appeared in various guises at some of its events. The fact that a single motif created by the artist has been taken on by two separate types of communities is proof of Rycharski’s concept in pursuing actions that go beyond social divisions. It’s also an interesting example of visual consciousness – an attempt to create an artistic lexicon that would refer to the universally recognised model of realism, popular particularly in the realm of contemporary religious art. Working with this type of model of visual culture demonstrates how a seemingly conservative form can take on emancipatory messages within the context of how it is used. 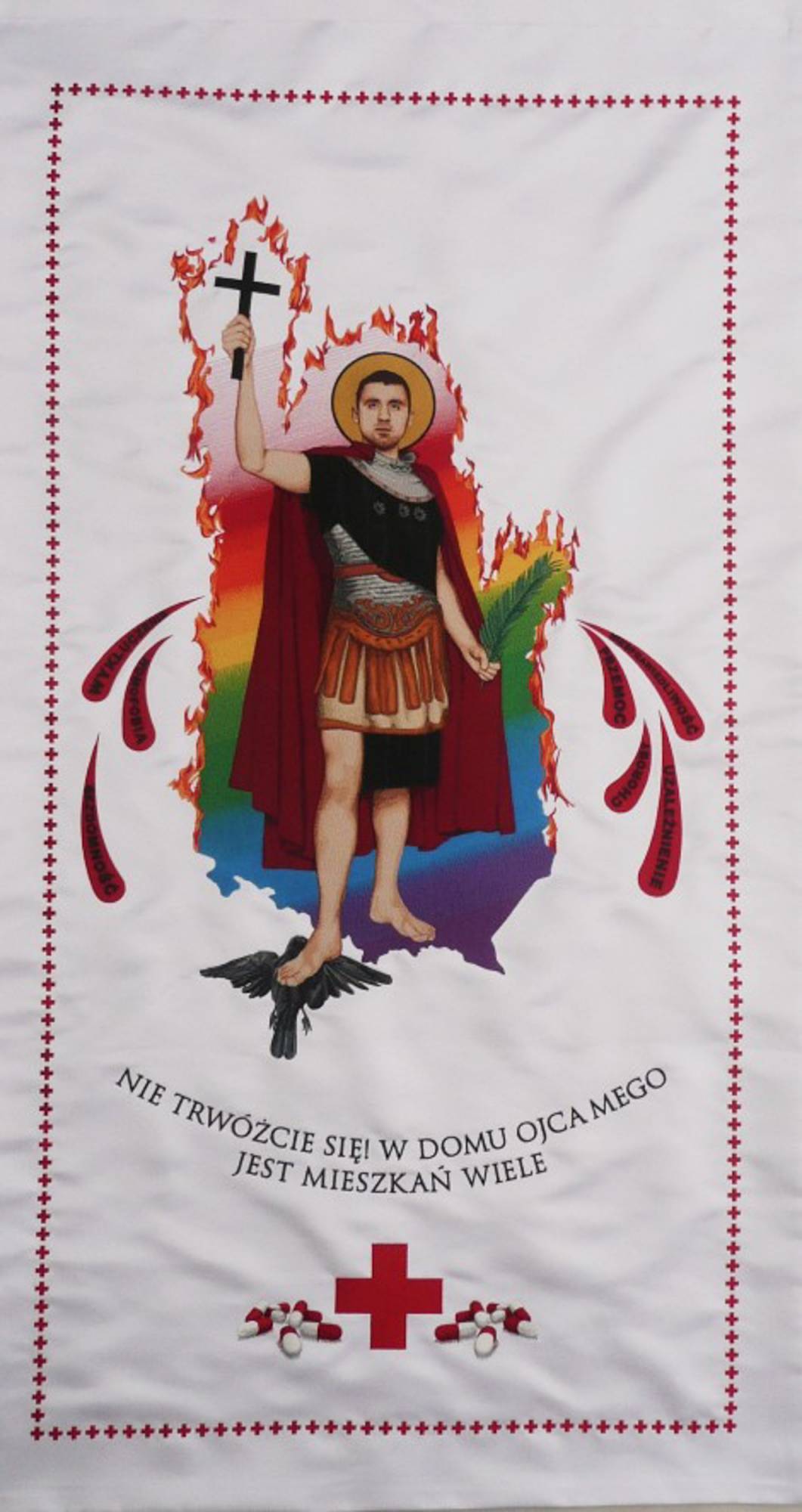