Modeled on the slabs and monuments that appear in abundance within the public space and on sacred buildings to commemorate an event or a figure. It’s often a banal decorative element in the aesthetic sense.

As Rycharski has said of the piece, ‘it’s been created with compassion’. The plaque came about from the artist’s collection of metal elements that are left over after the renovation of a tombstone. More than ten kilograms of medium-sized crosses and images of saints were melted down and recast into a rectangular plaque. The text upon it is a quotation from the Catechism of the Catholic Church in which the religious institution reveals its official stance towards individuals who are part of the homosexual community.

For a long time, Rycharski searched for a house of worship that would agree to place such a plaque in its property. In autumn 2016, he took it into his own hands and stood before one of the churches in Warsaw’s Old Town. During the performance, which lasted several hours, he experienced a wide range of reactions and opinions from passersby and church attendees. The action with the Plaque was among the first gestures in which the artist faces up directly against the institution of the Catholic Church and reminds it of its own foundations, confronting that with its common practices. During this period, he was collaborating with the LBGT community group Wiara i Tęcza (Faith and Rainbow), striving to use his activism to initiate an independent revolution that would fight for the rights of non-heteronormative individuals within the religious community. 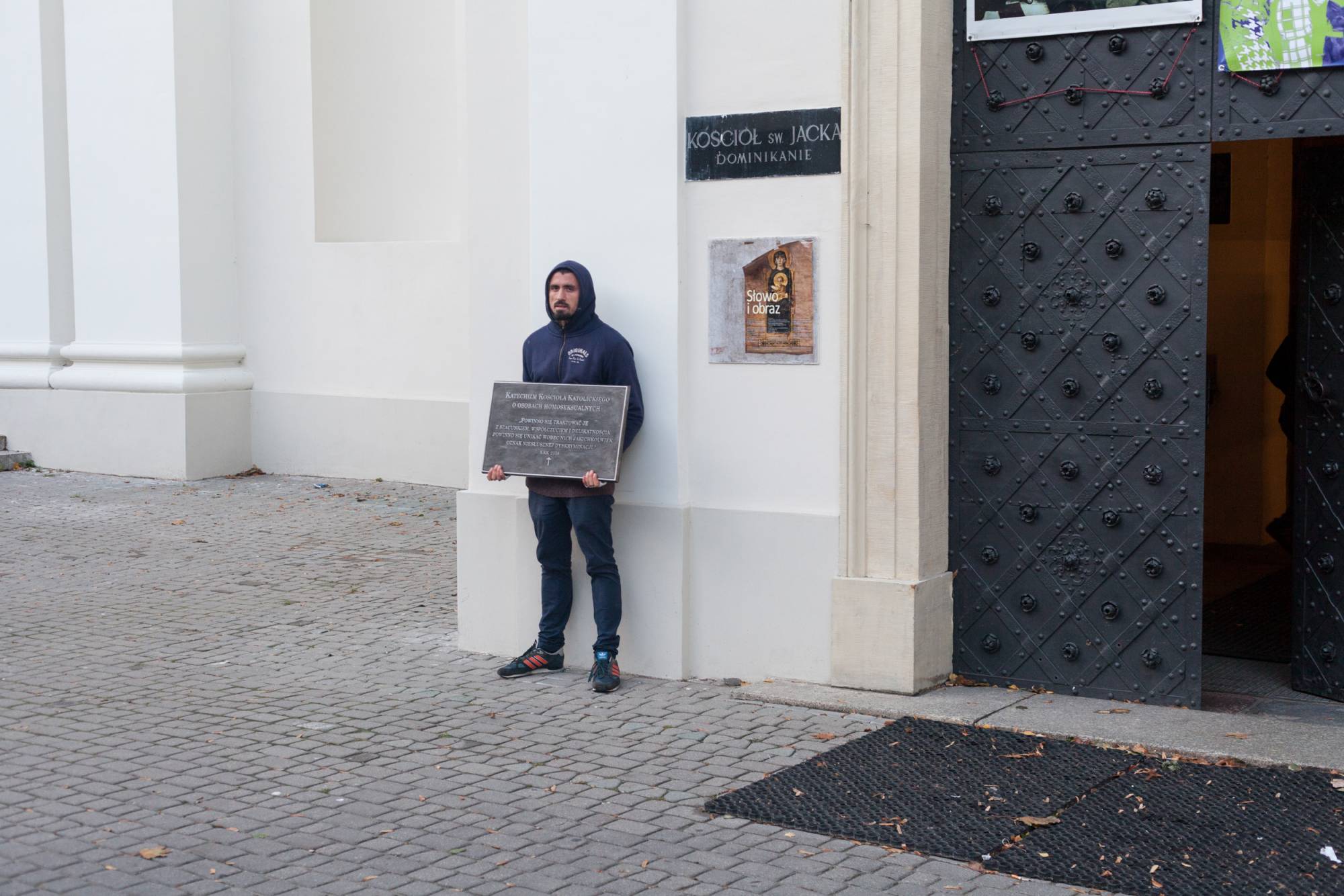