The language of comic books, along with its simplicity and clarity is another, more pop-cultural incarnation of popular forms of expression adopted by Rycharski in his earlier works. The confrontation between the intensive colours and bold symbols create an effective communication link between the artist and the viewer. This time Rycharski appropriates one of the uncommon comic book heroes, who first appeared in pop culture circles in the 1940s, and recasting the Gay Ghost as a stained glass window.

The comic hero created by Ketih Evert returns to earth many years after his death with a mission from his ancestors – to fight totalitarianism. He walks the earth as a ghost, hunting Nazis. Rycharski interprets this uncanny story in his own style, matching the hero’s actions with ideas about the role of religion, endowing The Gay Ghost with a plasticity that frames the selection of excerpts from the theology of pastor Dietrich Bonhoeffer, who was killed on Hitler’s direct order. Bonhoeffer’s beliefs, rooted in the need for activism in the world, not on internal contemplation and escapism, was one of the responses to the involvement of the church in cooperating with nationalist ideologies. The illustrative format of the piece are set alongside these quotes in a pop-art message about the essence of faith, which is nonetheless endowed with a sense of humour.

The Gay Ghost is a new example of a positive character who fits in with the scope of our times. Not only in the fight against the rebirth of nationalism, but also as a new model for an Saint who is actively engaged in the struggle for rights for those who are underrepresented. 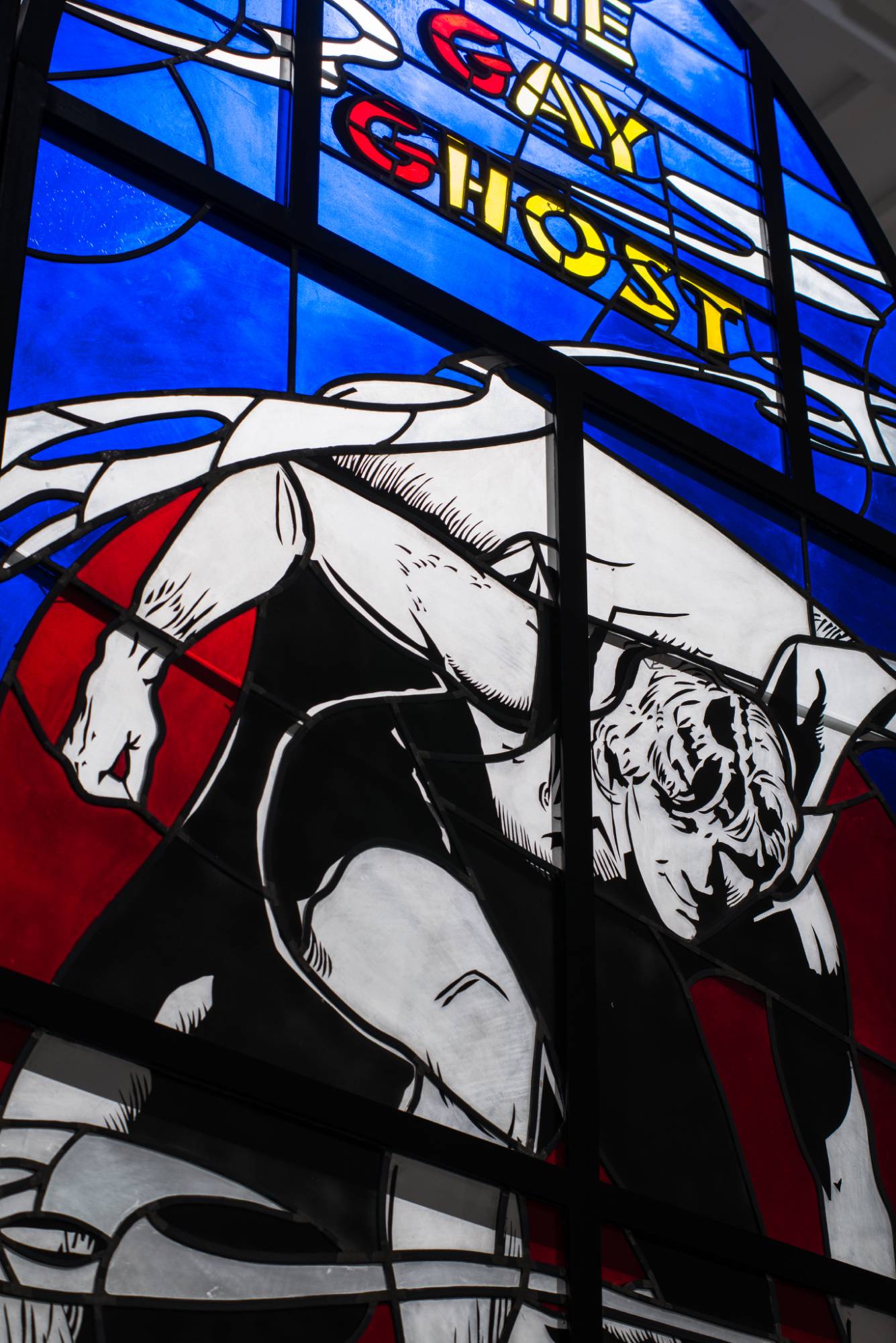