On 14 February 2018, two distinct holidays were observed on the same day – Valentine’s Day and Ash Wednesday, composing an intriguing juxtaposition between a day devoted to romantic love and one dedicated to suffering. For Daniel Rycharski, this situational anecdote served as a pretext for performative activities in which he burned two objects that were set together: an authentic, medium-sized confessional and a piece of a wall from a dark room taken from a gay club. The ash collected from both was taken, created a single, gray mass and swallowed by the artist.

This work represents the quintessence of activities carried out by the artists that go beyond established positions, pursuing alternatives for future development, a fuel of sorts for creating new forms that negate superficial contradictions. This contravention comes about in a non-normative body which also has the character of a joyous liberation and penance through the consumption of ashes. Inspired by genesis philosophy about the need for the constant evolution into new forms and liberation from the old, the work was created one full year before the opening of the exhibition. It founded one of Rycharski’s first steps on his path to reformulating his artistic approach. Through its seemingly paradoxical juxtaposition, the work can be seen as a metaphor of the Christian LGBT community, which is often considered a contradiction in terms by the Catholic Church. The action also served as a commentary on the topic of the act of being driven into sin and feelings of guilt that is used instrumentally as a tool of power. 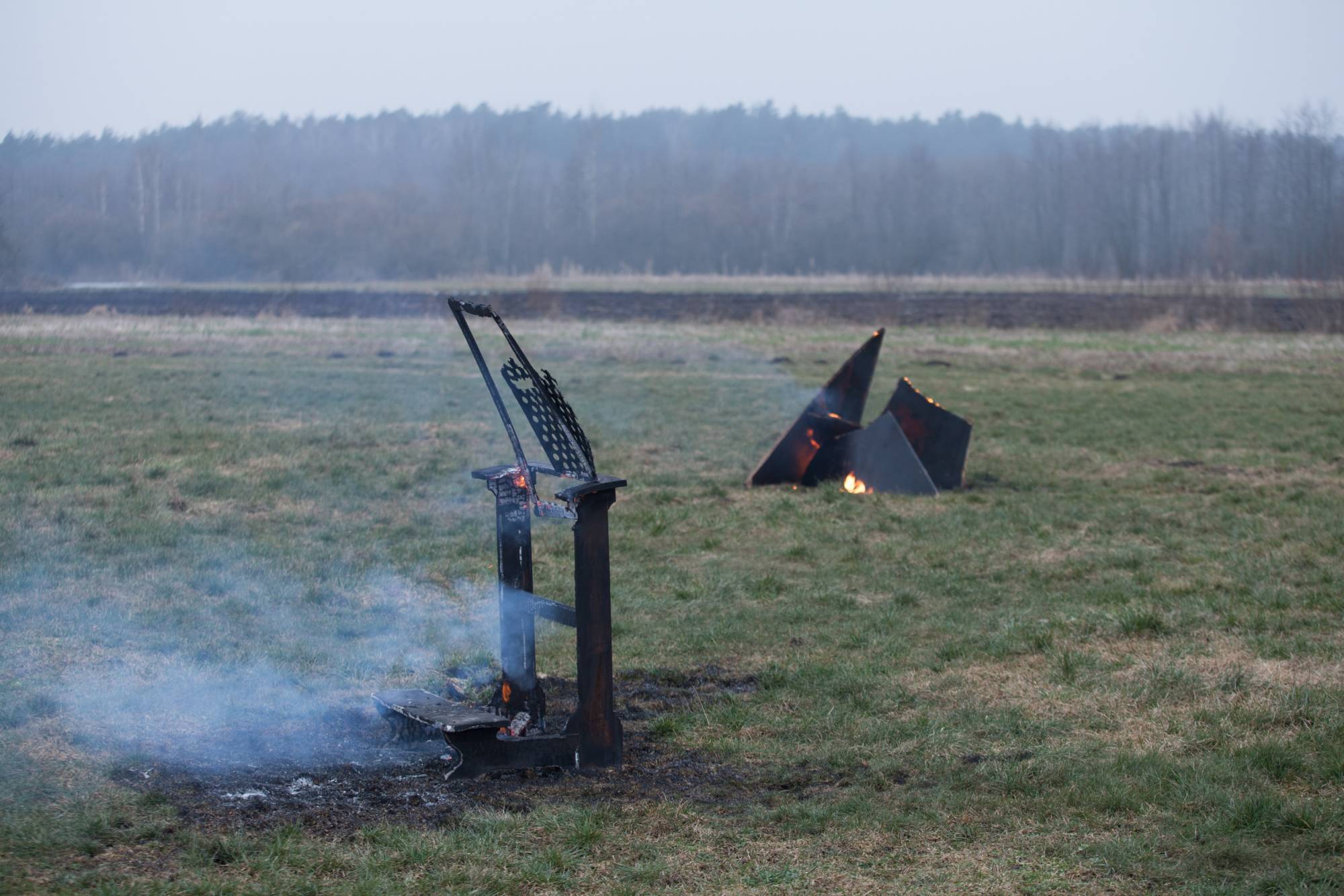