The project was carried out in Jeziórka, a reservoir located in the heart of Sierpc. The artist placed a fragment of the scenography from the film Pokłosie upon the small island in the middle of the reservoir. The collection of artificial matzevot were embellished with a floral rainbow made up the same number of flowers as there were Jewish residents in this city in 1939. For over three weeks the installation was the most visually captivating element in the city’s public space – day and night. Each weekend, the local volunteer waterways emergency crew would take visitors by boat to give them a closer glimpse at the Island.

Rycharski’s actions in Sierpc take their cue from one of the key cultural debates in Polish history, namely the society’s relationship with their former Jewish neighbours, bringing the issue back into the current stream of debate. One interpretation of the Island might consider it as a statement on the lack of tools for speaking about contemporary forms of exclusion based on class, race or sexual orientation – typically this language is formulated through references to antisemitism and war. By combining artificial elements together, the installation demonstrates how frames and codes can be used to seek out links between diverse experiences.

One additional action that contributed to the breadth of the project in Sierpc was the installation of Rycharski’s piece Monument to a Peasant on the site of a synagogue which was burned down in 1939. Decorated with disused firefighting equipment and painted red, the Monument serves as a visualisation of the concept of a ‘history of rescue’ and the idea of carrying help to the community no matter the social divisions that might be at play. 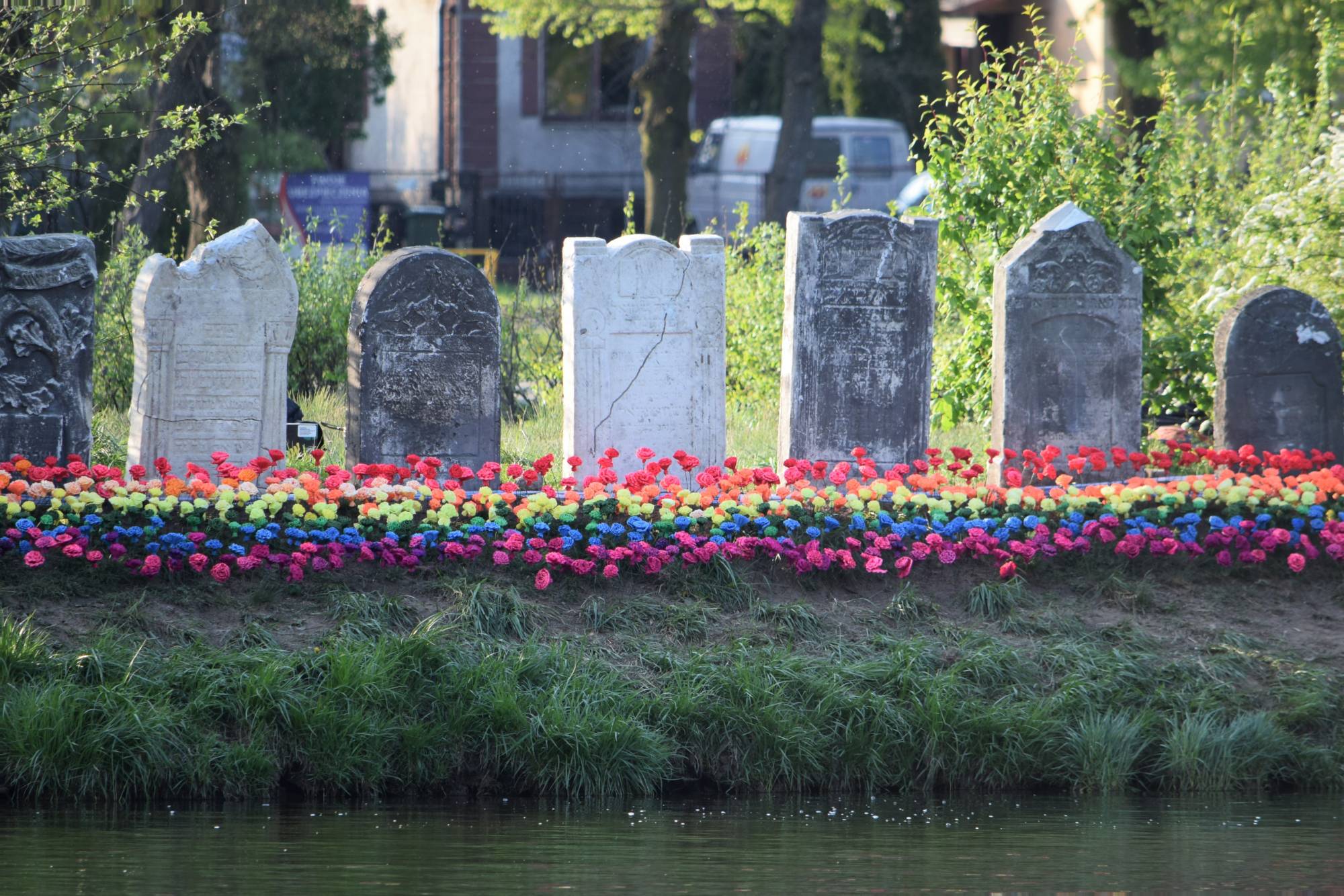