The Cross of the title takes the form of a modest crucifix made out of two pieces of wood. It’s embellished with the pattern of rue (also known as herb-of-grace and considered a symbol of purity and innocence) and maintained in the style of an ascetic wood sculpture. The piece’s form and material were a natural choice indicated by the tragic details of the history that took place in a small town in the north-west of Poland, where two teenagers committed suicide in a set of circumstances that remain unclear. One of the things that was said to have contributed to the tragedy was the lack of acceptance of the community for their homosexual relationship. The sculpture was made out of wood cut from the tree that served as a silent witness to this tragedy, the deceased bodies of the pair found lying beneath it.

For some time now, Rycharski has consistently posed questions about whether contemporary art can reinterpret the world of religious imagination anew, if it can find a voice to express ideas in the realm of religion. Is it possible to engage a form of artistic activism for the purpose of promoting a radically inclusive community of faith or within the institution of the Church, a distinctive revolution that would shift the dominant schemas in society? In May 2017 Rycharski took his Cross out of the space of the Centre for Contemporary Art at Ujazdowski Castle, where it was being exhibited, and took to the streets of Warsaw. The last stop on his trail was the Presidential Palace, where he set the cross up where another had recently stood – a cross commemorating the victims of the 2010 airplane crash in Smolensk. The insertion of that cross into the public space was one aspect of a larger conflict that had sowed divisions among Polish society. Poland’s public space has been organised in large part through symbols of faith, which, in turn, have contributed to its extreme polarisation. At the heart of the national conflict, Rycharski refers to a different tragedy – one rooted in homophobia, which has a profound impact on the victims of this form of prejudice. The Cross carried by the artist through the streets of Warsaw adjusts the line of division in a significant way as a tool for considering alternative perspectives. As the artist has suggested, it could serve as a cross of unity. 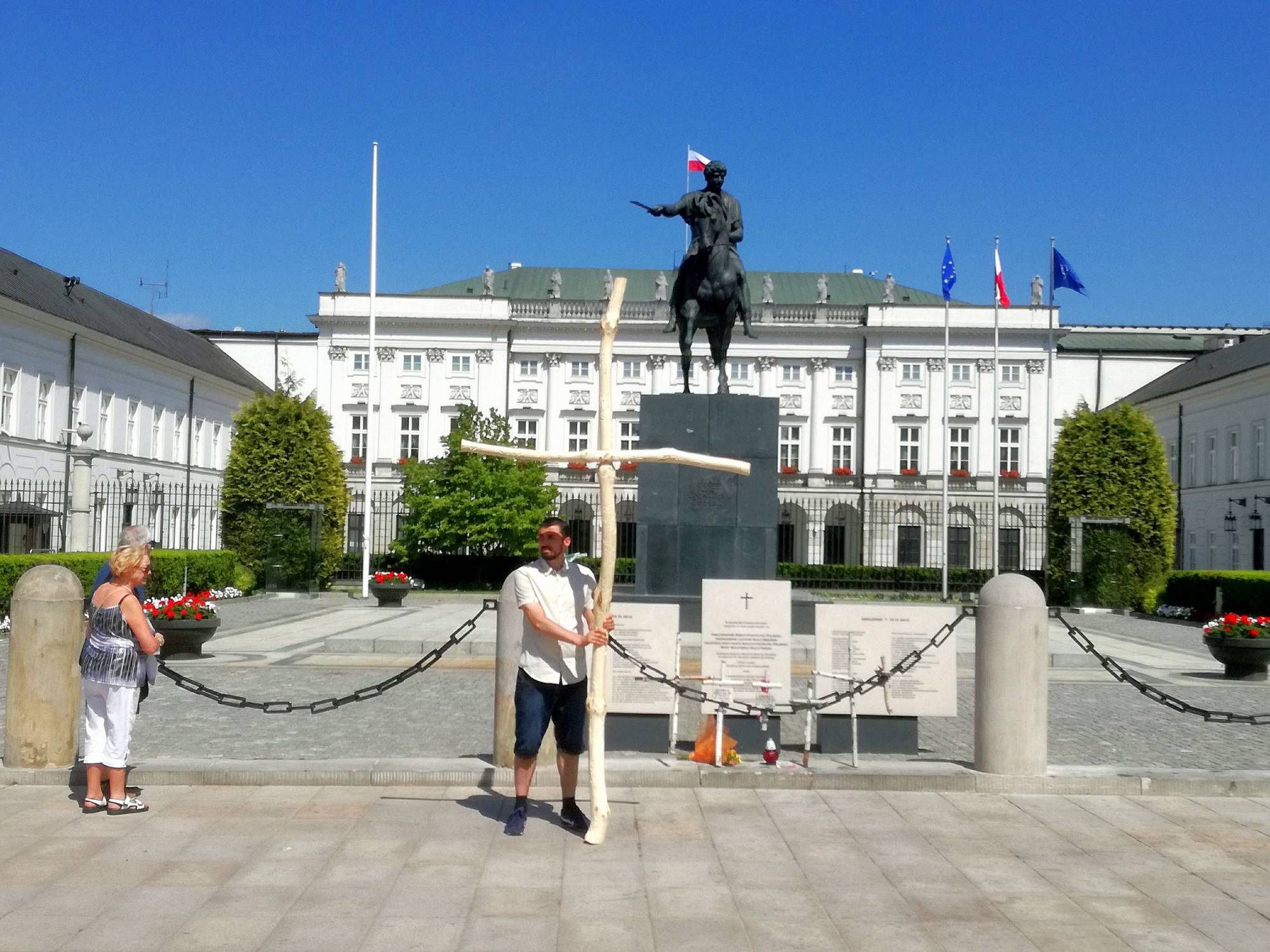