This project, created out of canonical garb acquired by the artist, fits into Rycharski’s artistic activities in the realm of religion and the scope of visual arts that are woven through its rituals, society’s response or the particulars of its clothing. The basis for Ku-Klux-Klan are items of clothing (canonicals) that were acquired from members of the clergy, including those who have left the Church. In considering religion as an item of clothing, as an external layer that is often the only layer we have access to. Rycharski uses a method of collage that is characteristic of his practice, setting several elements alongside one another. By readjusting and sewing parts of certain canonicals to others, he composes them anew, and in the process he reveals their underpinnings.

The piece was created on the basis of the model for robes worn by the Ku-Klux-Klan in the 1920s. The canonicals recast on the basis of this model sets up a question about the involvement of the church in acts of violence and supporting certain behaviours among Polish society that don’t align with the ideals of compassion and mercy. It’s not only about setting certain visual similarities or differences side by side but, rather, to deepen the conversation around an institution that focuses most of its attention on the surface layer, ignoring the complexities of the inner layer and clericalism in its negative guise. What lies beneath the official garb of the clergy? And what can such a deconstruction and visual shift reveal? What statement does it make about what is on the surface? Rycharski’s activities are part of an ongoing thought process on new forms of faith, open to divergent points of view, with a focus on activism, on tackling pressing issues such as the lack of acceptance, homophobia or violence on the part of members of its community against others. 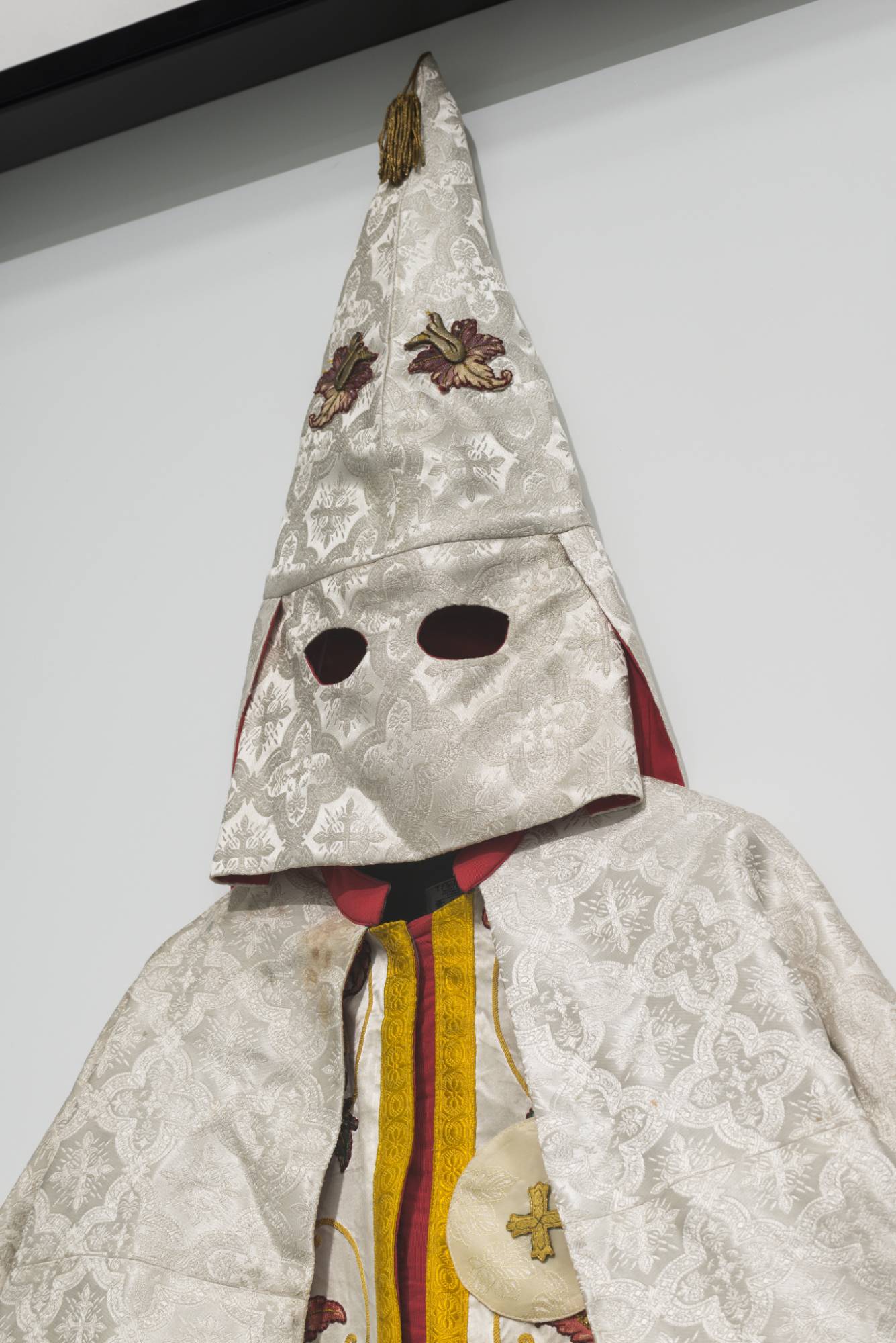