Bed (Without justice there can be no solidarity)

Initially, Daniel Rychalski’s approach in creating the sculpture was tied in with his interest in a social issue particular to rural living – loneliness. Understood in literal terms, it is a state resulting from the lack of a close relationship with another human being – as well as a sense of loneliness within a community, an inability to find one’s place within it. In the process of working with a masonry specialising in the revitalisation of tombstones, Rycharski was intrigued by the state of what was discarded, those elements of old monuments that no longer served a purpose. Setting them alongside another object – an empty, desolate bed found in an abandoned home – he created a work full of references to the flesh, the traces left behind by a body that is no longer there. An old bed, covered in white sheets, struck through with an old cross that was once part of a tombstone – this is a recasting of the tradition of working with a found object, a discarded material, through the artist’s individual experience.

The work joins together a sense of intimacy through associations based on its form with a discussion about the state of a community, also touching upon issues of communal faith, which tends to reject those members who don’t appear to conform to the established norms. The sculpture was created at the bottom of a dried-up pond in a place where, according to the residents of the village of Smorzewo, a small chapel once stood. Rycharski’s aim was to offer a voice in favour of change, a monument to a non-existent ritual of solidarity, a new element in the landscape that would merge itself into the collective consciousness of the local community. Situated upon the border of the village, it indicates a place where inconvenient memories or queer histories are relegated. A place where these stories rise up anew in order to capture their respective visual representations. The subtitle of the work proffers the suggestion that a communal faith can unite people not through building identity based on exclusion, but rather through acts of justice, such as admitting to the mistakes that have been made in the past and giving a new sense of openness a fighting chance. 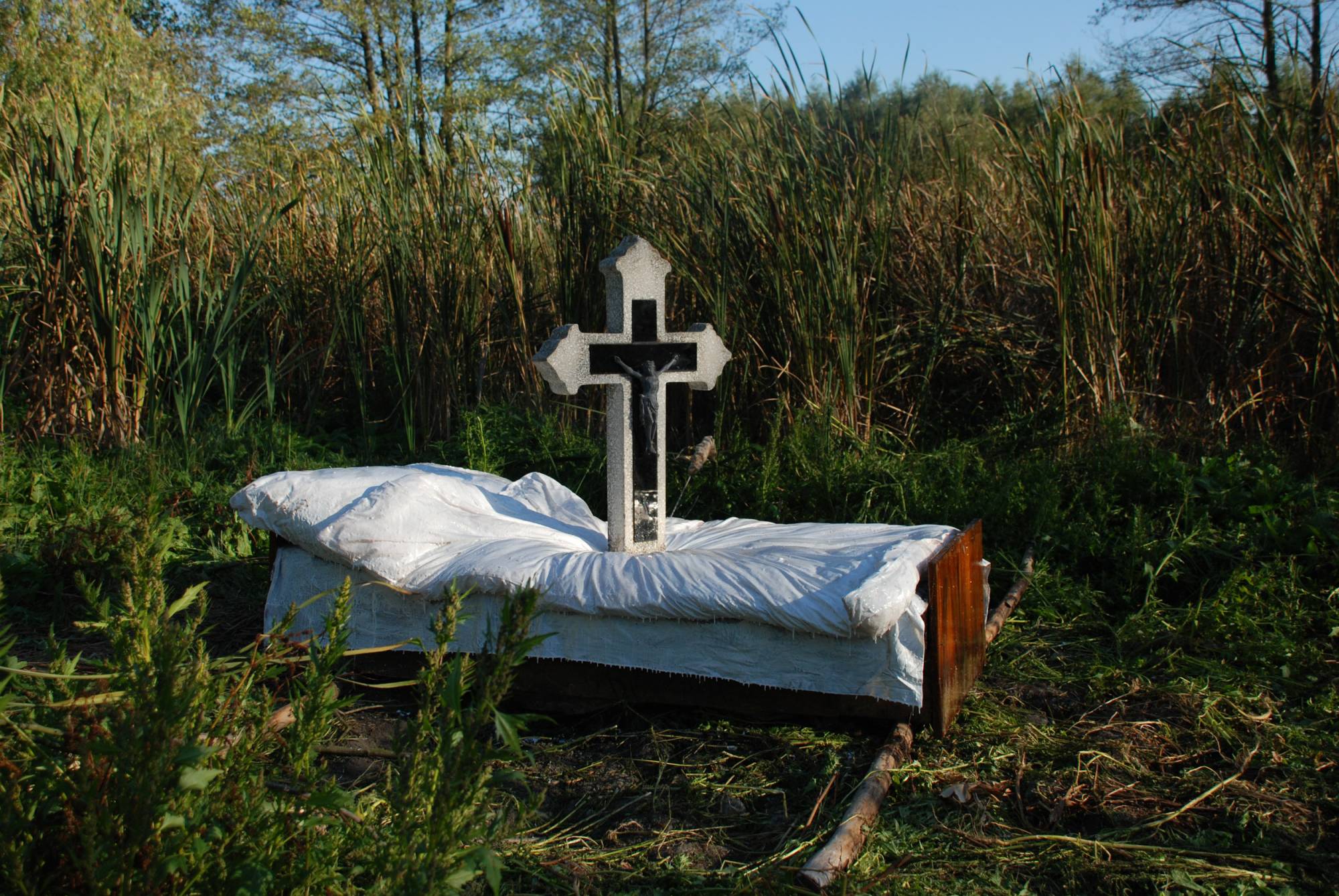