In his practice, Daniel Rycharski often reaches for actions that involve found objects that possess their own distinctive histories. They urge its audience to venture further not only into the particular area of life they were tied to but also to the individuals that made use of them. This was also the case of the Saw of the title. For more than ten years, it was used to cut blocks of stone at the masonry belonging to Teodor Zasadowski in the village of Dobaczewo, which were later made into countless tombstones and memorials. For many years afterwards, the saw stood unused as technological innovation had eventually made it redundant. Just as he’d done in Winter Garden, Rycharski picks up a tool that has fallen into disuse and uses it anew to create a new object.

The steel blade serves specifically as a warp and etched upon it is a quote from Józef Tischner, relating directly to the necessity of being true to oneself in the final hour. This quote can be interpreted as a spin on the popular axiom about living a life of truth. Set alongside the topics that Rycharski dwells in, this call might be considered a motto for his activist-minded practice of courageously speaking on behalf of a minority group that doesn’t fit within the official confines of religion. It’s another in a series of works that sets out to remind us of alternative traditions that could form a fundament for a new, emancipatory programme for religious institutions.

The layer of rust that was rubbed off had settled there for some time as a result of the weather conditions is sure to return, eventually covering up the quote. That’s when the quote about being true to oneself will have to be etched into the steel once again. 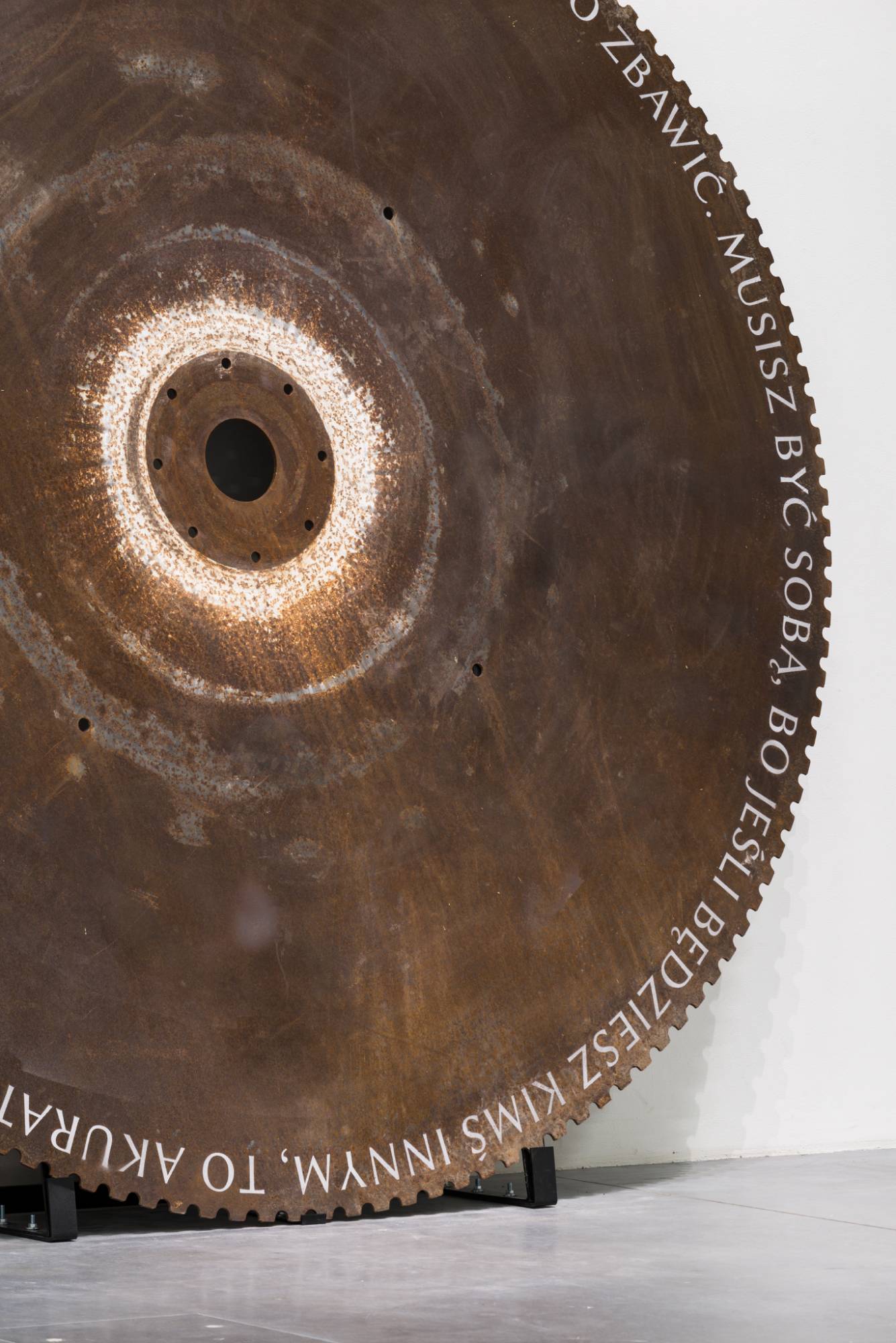