For some time now, we’ve been witnesses to the way in which religion tends to be used instrumentally to a particular advantage against the interests of others, to mobilise society to rise up against those who are different or weaker in some way. It becomes a weapon, reactivating many times over the myth of Poland as a bulwark of Christianity. One action that appears to recast this topos is recent widespread support for the movement known as Różaniec do granic (Rosary to the Border). A line of people set itself across the Polish border, armed with a rosary and a prayer against their perceived enemies from outside (or within), those who supposedly threaten the sanctity of the nation.

Using religion as a tool in a way that this action symbolises is one of the most contradictory set of behaviours with regard to a responsible form of practicing religion – through the lens of Daniel’s Rycharski. Not only when it comes to intent, but also the thoughtless repetition of a ritual. Rycharski grasps the object and making it into a paradoxical, critical and deeply spiritual one that goes against the object’s original purposes within rural religious practices. A series of pieces of jewelry was made out of a particular sort of material. Some of these were produced using antidepressant drugs, some out of precious resins mixed with the blood (of religious individuals who have been outcast from their community, the so-called impure). They’ve been transformed into a votive of sorts with the intention of fostering a dialogue with this traditional relic of Catholicism. At the same time, through their material aspect, they refer to a callow and superficial way of practicing rituals. Rycharski, inspired in great part by the thinking of Dietrich Bonhoeffer, pursues ways of urging the culture of Catholicism to shift towards a deeper and more courageous form of practicing religion that faces directly up to reality. 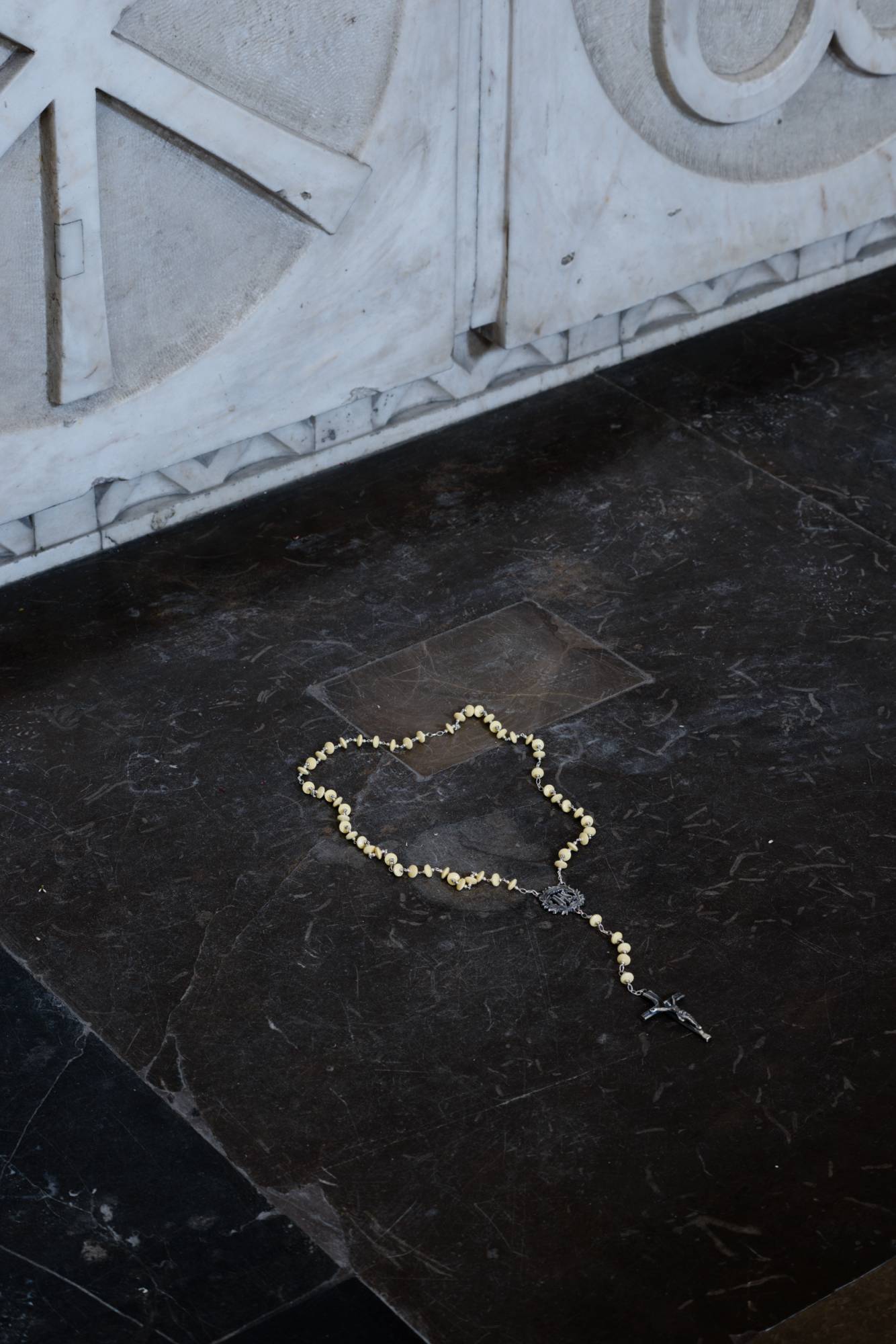