This series of constructions refers directly to motifs related to the spooky legends of the countryside, all sorts of strange figures and scarecrows placed in the fields to scare away wild animals. Over a dozen such Frights were produced, based on several different variations on the cross, a symbol that appears in a range of forms and permutations. After close to four months of work, these pieces were first exhibited in Kurówek, set up in the wintertime on nearby fields as an open-air installation of a functional significance.

Rychalski’s Frights serve as an alternative archive attesting to the presence of bodies that don’t fit within the narrowly-defined confines of identity. Each of the items of clothing used in the project came from a specific collection or exchange with members of the LGBT+ community who’ve experienced some form of discrimination in their daily lives. Cut and sewn together, they create a new, hybrid constellation. Then they are equipped with found objects, elements associated with some form of violence or torture. And yet, these colourful constructions still hold a measure of humour and a grotesque quality as they balance the line between folk-style Calvaria and a slightly macabre interpretation of folkloric tradition and fashion trends. These pieces are also a form of personified fears and anxieties that loom over society.

Rycharski treats Frights as a manifesto, a declaration of intent to create a space for oneself to practice faith on one’s own terms. The series refers not only to Catholicism, but to every other religion that has the capacity to oppress others, promote hierarchies and employ violence. This call for courage to take a responsible approach to one’s faith is what the artist refers to as the idea of ‘irreligious Christianity’. 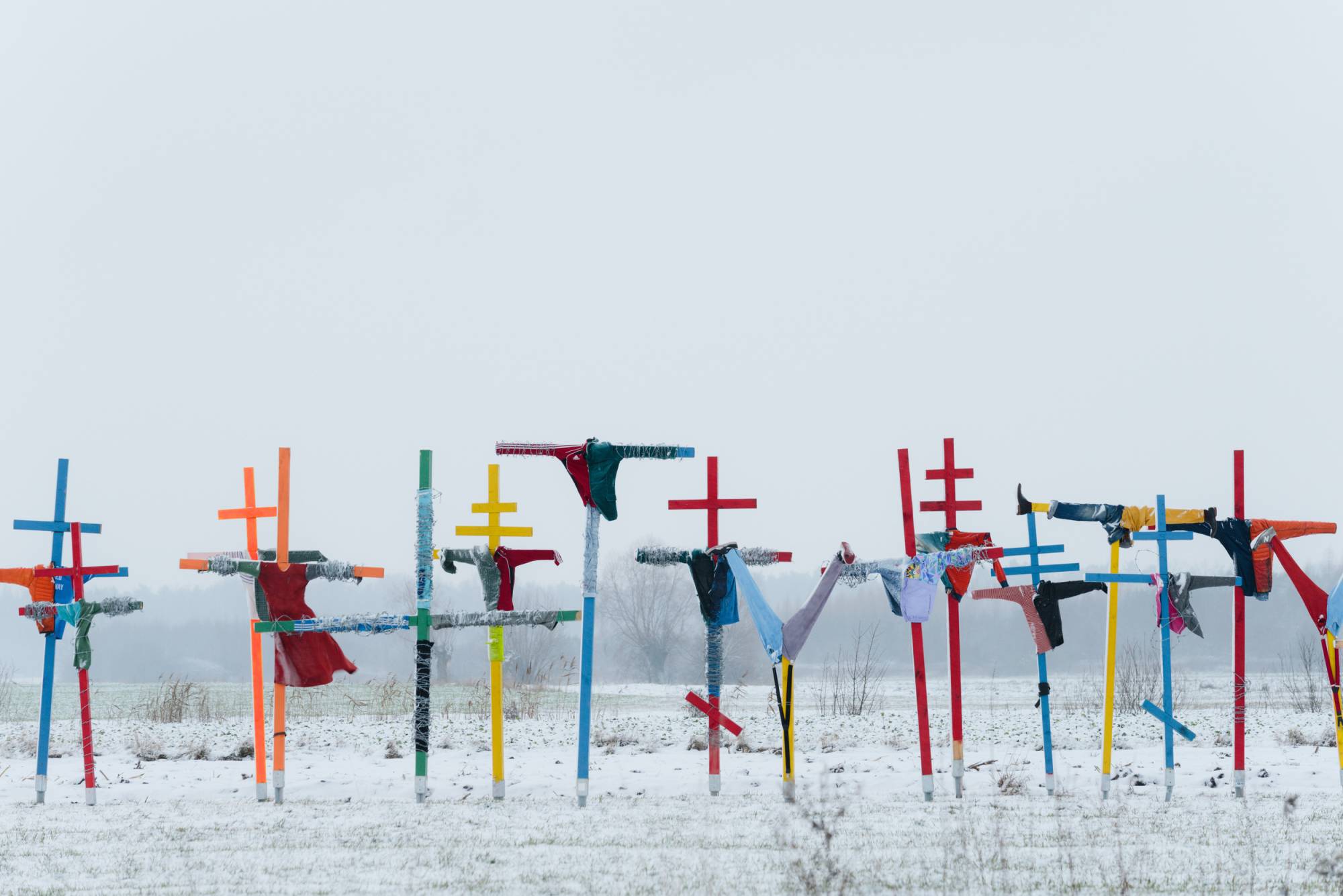